Data mining algorithms: how many dummies? 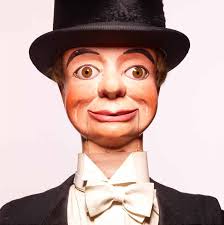 There's lots of posts on "k-NN for Dummies". This one is about "Dummies for k-NN"

In the regression model we might have: Y = b0 + b1 D_red + b2 D_yellow + error
[Note: mathematically, it does not matter which dummy you drop out: the regression coefficients b1, b2
now compare against the left-out category].

When you move to data mining algorithms such as k-NN or trees, the procedure is different: we include all m dummies as predictors when m>2, but in the case m=2, we use a single dummy. Dropping a dummy (when m>2) will distort the distance measure, leading to incorrect distances.
Here's an example, based on X = {red, yellow, green}:

The above problem doesn't happen with m=2. Suppose we have only {red, green}, and use a single dummy. The distance between a pair of records will be 0 if the records are the same color, or 1 if they are different.
Why not use 2 dummies? If we use two dummies, we are doubling the weight of this variable but not adding any information. For example, comparing the red and green records using D_red and D_green would give Distance(#1, #3) = 1 + 1 = 2.

In data mining methods other than regression models (e.g., k-NN, trees, k-means clustering), we use m dummies for a categorical variable with m categories - this is called one-hot encoding. But if m=2 we use a single dummy.