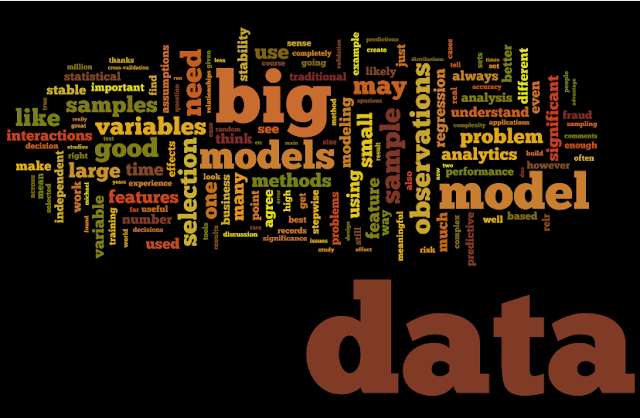 I liked what Hilary Mason, the Chief Scientist said about "big data" recently at a Dropbox "Drop Talk." It was something to the effect of ...

"We work in an area that is nominally called Big Data. I really hate this phrase; it's just data. I dislike the phrase because I spend most of my time figure out ways to take the Big Data and make it small enough to do something interesting with it."

There's a link to her talk, as well as a summary of a recent "big data" workshop I attended at: http://www.nestler.com/veni-vidi-duci-blog/what-do-you-mean-by-big.html

Thanks for sharing this very interesting talk by Chief Scientist of Bit.ly! De-mystefying what "data scientists" do is well needed. This company indeed does try to compress "big" into "short" :)
I completely agree with her comment: "The hard part with analytics is asking the right question" (around minute 10)